You are here: Home » A Spy Story 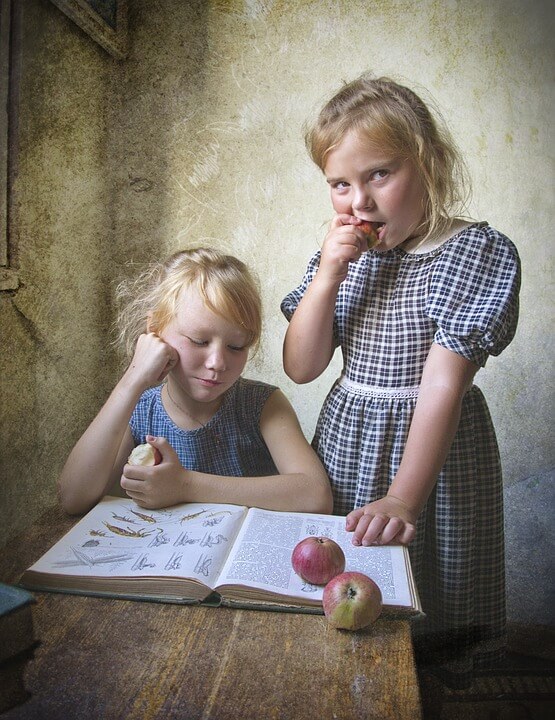 The news that children’s author Arthur Ransome was a spy came as a bit of a chock to admirers of his Swallows and Amazons books, particularly as nobody seems quite sure which side he was spying for! In other parts of the children’s literature section, however, suspicions were aroused long ago!

‘What a great adventure this is,’ Ann said as she and her friends climbed through the window of the big house.

‘We’ll wait inside and surprise Arthur Ransome when he returns from his morning walk. He’ll be delighted to meet five of his greatest fans.’

They looked around them and saw that the only furniture in the room was a desk and a chair. On the desk was a typewriter and something that looked like a wireless set with a par if headphones. Dick flicked the switch marked ‘ON’ and a crackle came out of the headphones together with a voice talking in some language he did not recognise.

‘That’s not the BBC Home Service,’ Dick said in an anxious voice.

‘Why should a children’s author have his wireless turned to Russia?’ Anne asked.

‘I don’t think it’s a wireless set,’ Julian whispered. ‘It looks to me like a short-save radio.’

But before they could examine it, George pointed to a book on the shelf. ‘Look at this!’ she said. ‘It’s one I’ve never heard of.’ She read the title aloud: ‘Swallows, Amazons and Bolsheviks.

Whilst the children were distracted looking at the book, Timmy the dog had jumped on the desk and seized a sheaf of papers which he was shaking between his teeth. ‘Grab him!’ Dick shouted.

Moving quickly, George caught hold of the dog and wrestled the papers out of his mouth. ‘Mr. Ransome will be furious,’ Anne said, holding back her tears as she looked at the torn pages dripping with dog saliva.

‘He certainly will,’ said Julian. ‘Look at what Timmy has found.’ he pointed to the title on the front page. ‘Top Secret: Plans for making an atom bomb.’

‘Good Morning, Mr Stalin’, he said to the short-wave radio.

‘Good morning little nodding man’, said a heavily-accented voice on the other end of the line. Agent Ransome has been rumbled. ‘It’s all up to you now.’

Just then, there was a knock at the door. ‘Good Morning, Mr. Plod,’ Noddy said as he opened the door to the Toytown policeman. ‘What brings you here this fine morning?’

The author has been unmasked as a spy and anyone who has read his works is under suspicion.

‘Threw it out years ago,’ Big Ears replied. ‘I always felt that Arthur Ransome fellow was up to no good.

Three of his main characters were called Titty, Roger and Nancy, you know. Why should anyone do that unless they were trying to bring about the downfall of western civilisation?’

Back in the big house, the children were so absorbed in the plans Timmy had chewed that they failed to hear the front door open. Suddenly a big man barged into the study, pointed a gun at the children and ordered them outside with their hands up.

As the gun-toting author left the house behind the children, a car sped up the drive and ran him over. ‘Toot, toot’, said Mr Toad.

And they all lived happily ever after.