You are here: Home » An Australian Moves to the UK 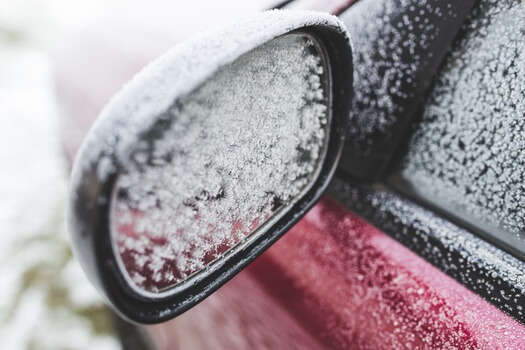 It’s starting to snow. The first of the season and the first one we’ve seen. The wife and I took our mulled wine and sat by the picture window watching the soft flakes drift down, clinging to the trees and covering the ground. It was beautiful!

We awoke to a lovely blanket of crystal white snow covering the landscape. What a fantastic sight. Every tree and shrub covered with a beautiful white mantle. I cleared both our driveway and footpath. Later a council snowplough came along and accidentally covered up our driveway with compacted snow from the street. The driver smiled and waved. I waved back and shoveled it again.

It snowed an additional 5 inches last night and the temperature has dropped to around 11 degrees. Several branches on the trees and shrubs snapped due to the weight of the snow. I shoveled our driveway again. Shortly afterwards the snowplough came by and did his trick again. Much of the snow is now brownish.

Warmed up enough during the day to create some slush, which soon became ice when the temperature dropped again. Bought snow tyres for both cars. Fell on my bottom in the driveway – £145.00 to a chiropractor, but nothing was broken. More snow and ice expected.

Still cold. Sold wife’s car and bought a 4 wheel drive in order to get her to work. Slid into a guard-rail anyway and did a considerable amount of damage to the rear quarter-panel. Had another 8 inches of the white stuff last night. Both vehicles covered in salt and crud. More shoveling in store for me. That wretched snowplough came twice today.

Two degrees outside. More terrible white snow. Not a tree or shrub on our property that hasn’t been damaged. Power was off most of the night. Tried to keep from freezing to death, nearly burned the house down. I managed to put the flames out, but suffered 2nd degree burns to my hands and lost my eyelashes and eyebrows. Car slid on ice on way to casualty ward and written off.

Blow me. White stuff keeps on coming down. Have to put on all the clothes we own just to get to the letterbox. If I ever catch the maniac who drives the snowplough, I’ll chew open his chest and rip out his heart. I think he hides around the corner and waits for our driveway to be shoveled again. Power still off. Toilet froze over and part of the roof has started to cave in.

Crazy hell, six more inches of terrible snow and sleet and ice and Heaven knows what other kind of white rubbish fell last night. I wounded the snowplough driver with an ice-pick, but he got away. Wife left me. Car won’t start. Think I’m going snow blind. I can’t move my toes. Haven’t seen the sun for weeks. More snow predicted. Wind chill -22 degrees.

I’m moving back to Australia.