You are here: Home » Bible by Kids 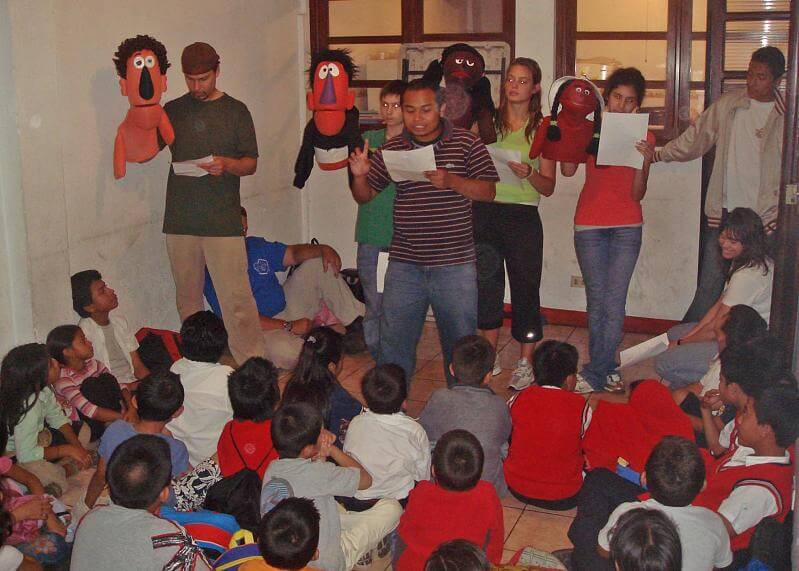 Kid’s answers in their own words, spelling errors included:

Adam and Eve were created from an apple tree. Noah’s wife was called Joan of Ark.  Noah built an ark and the animals cam on in pears.

Lot’s wife was a pillar of salt by day and a ball of fire by night.

Moses led the hebrews to the Red Sea, where they made unleavened bread which is bread without any ingredients.

The Egyptians were all drowned in the desert. Afterwards Moses went up on Mount Cyanide to get the ten ammedments.

The first commandment was when Eve told Adam to eat the apple.

The seventh commandment is thou shalt not admit adultery.

The greatest miracle in the bible is when Joshua told his son to stand still and he obeyed him.

David was a hebrew king skilled at playing the liar.  He fought with the Finklesteins, a race pf people who lived in Biblical times.

The Jews were a proud people and throughout history they had trouble with unsympathetic Genitals.

Simpson was a strong man who let himself get led astray by a Jezebel like Delilah.

Samson slayed the Philistines with the axe of the Apostles.

In the first book of the bible, Guinessis, God got tired of creating the world so he took the Sabbath off.

When Mary heard that she was the mother of Jesus she sang the Magna Carta.

When the three wise guys from the east end arrived they found Jesus was in with the manager.

Jesus was born because Mary had had a miraculous contraption.