You are here: Home » Classical Ants 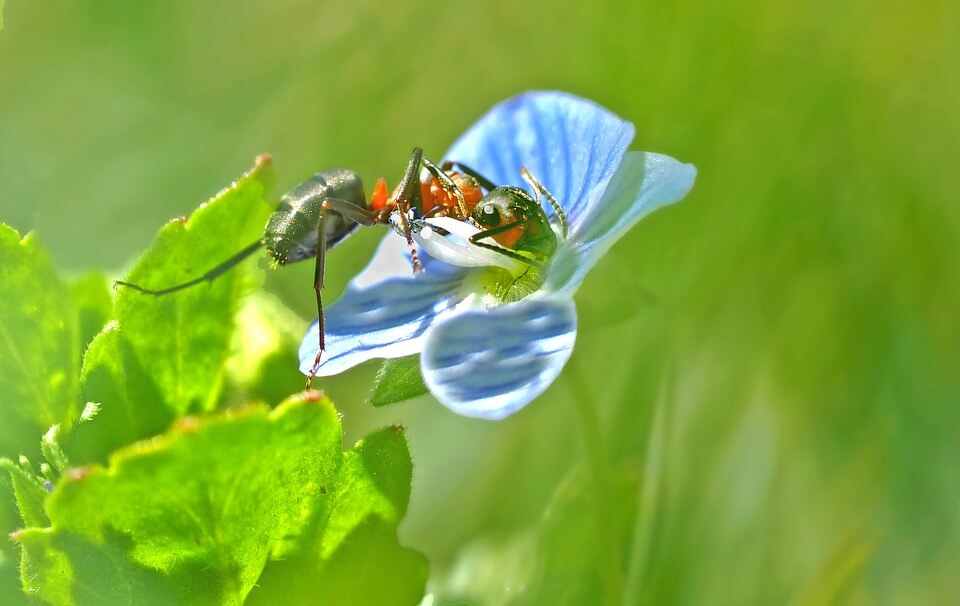 The ant works hard in the withering heat all summer long, building his house and laying up supplies for the winter.

The grasshopper thinks he’s a fool and laughs and dances and plays the summer away.

Come winter, the ant is warm and well-fed. The shivering grasshopper has no food or shelter, so dies out in the cold.

The ant works hard in the withering heat all summer long, building his house and laying up supplies for the winter. The grasshopper thinks he’s a fool, and laughs and dances and plays the summer away. Come winter, the ant is warm and well fed. So far, so good, eh?

The shivering grasshopper calls a press conference and demands to know why the ant should be allowed to be warm and well-fed while others less fortunate, like him, are cold and starving.

CBC shows up to provide live coverage of the shivering grasshopper, with cuts to a video of the ant in his comfortable warm home with a table laden with food. Canadians are stunned that in a country of such wealth, this poor grasshopper is allowed to suffer so while others have plenty.

The NDP, the CAW and the Coalition Against Poverty demonstrate in front of the ant’s house. CBC, interrupting an Inuit cultural festival special from Nunavut with breaking news, broadcasts them singing ‘We Shall Overcome’.

Sven Robinson rants in an interview with Pamela Wallin that the ant has gotten rich off the backs of grasshoppers, and calls for an immediate tax hike on the ant to make him pay his “fair share”.

In response to polls, the Liberal Government drafts the Economic Equity and Grasshopper Anti-Discrimination Act, retroactive to the beginning of the summer.

The ant’s taxes are reassessed and he is also fined for failing to hire grasshoppers as helpers.

Without enough money to pay both the fine and his newly imposed retroactive taxes, his home is confiscated by the government. The ant moves to the US and starts a successful agribusiness company.

CBC later shows the now fat grasshopper finishing up the last of the ant’s food, though Spring is still months away, while the government house he is in, which just happens to be the ant’s old house, crumbles around him because he hasn’t bothered to maintain it.

Inadequate government funding is blamed, Roy Romanow is appointed to head a commission of enquiry that will cost $10,000,000.

The grasshopper is soon dead of a drug overdose, the Toronto Star blames it on the obvious failure of government to address the root causes of despair arising from social inequity.

The abandoned house is taken over by a gang of immigrant spiders, praised by the government for enriching Canada’s multicultural diversity, who promptly set up a marijuana growing operation and terrorize the community.