You are here: Home » God Will Find You (A Story Worth Sharing) 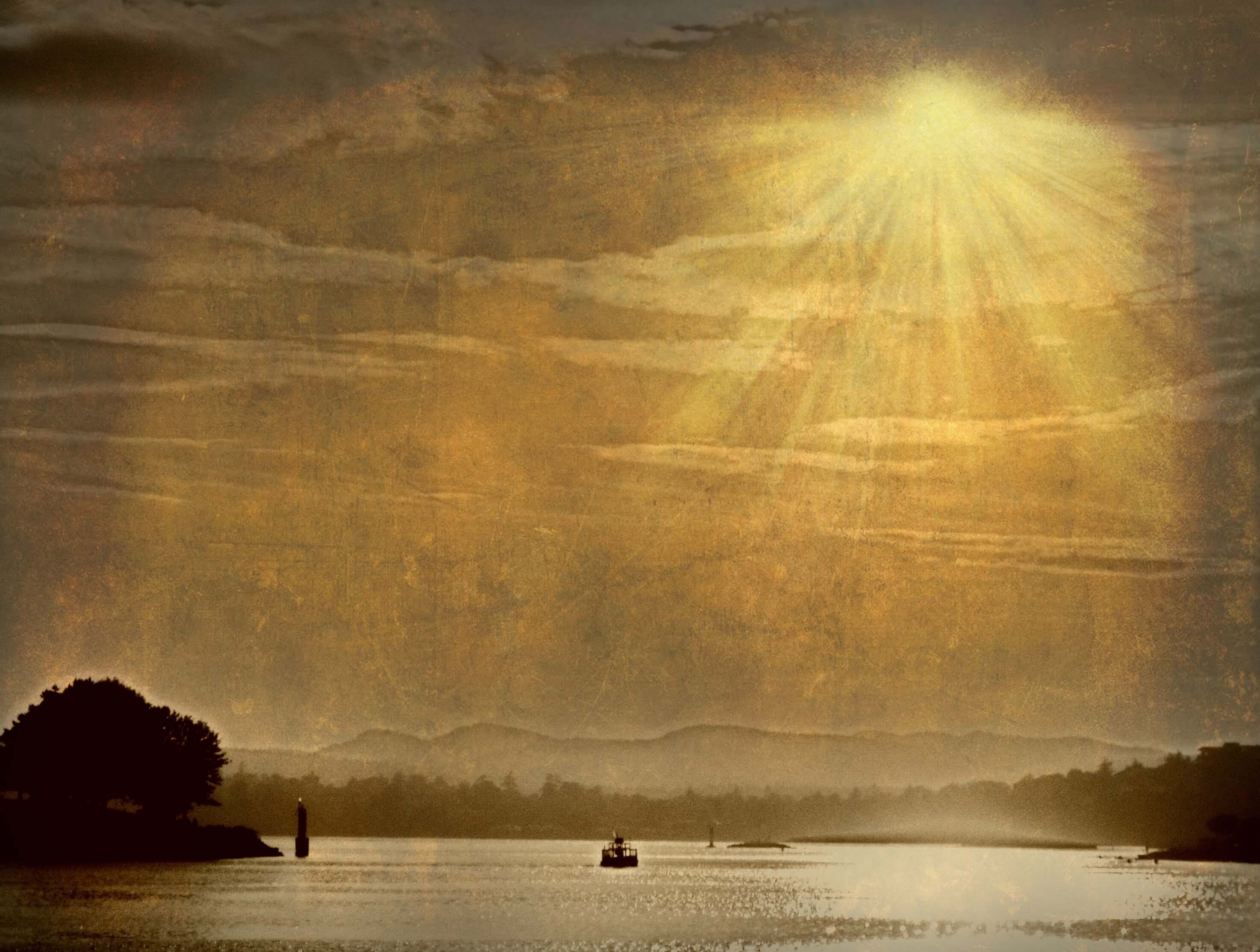 Father John Powell, a professor at Loyola University in Chicago, writes about a student in his Theology of Faith class named Tommy.

Some twelve years ago, I stood watching my university students file into the classroom for our first session in the Theology of Faith. That was the day I first saw Tommy. My eyes and my mind both blinked. He was combing his long flaxen hair, which hung six inches below his shoulders. It was the first time I had ever seen a boy with hair that long. I guess it was just coming into fashion then. I know in my mind that it isn’t what’s on your head but what’s in it that counts; but on that day I was unprepared and my emotions flipped. I immediately filed Tommy under “S” for strange; very strange.

Tommy turned out to be the “atheist in residence” in my Theology of Faith course. He constantly objected to, smirked at, or whined about the possibility of an unconditionally loving Father/God. We lived with each other in relative peace for one semester, although I admit he was for me at times a serious pain in the back pew.

When he came up at the end of the course to turn in his final exam, he asked in a cynical tone, “Do you think I’ll ever find God?”

I decided instantly on a little shock therapy. “No!” I said very emphatically.

“Why not,” he responded, “I thought that was the product you were pushing.”

I let him get five steps from the classroom door and then called out, “Tommy, I don’t think you’ll ever find Him but I am absolutely certain that He will find you!” He shrugged a little and left my class and my life.

I felt slightly disappointed at the thought that he had missed my clever line (He will find you!) At least I thought it was clever. Later I heard that Tommy had graduated, and I was duly grateful.

Then a sad report came. I heard that Tommy had terminal cancer. Before I could search him out, he came to see me. When he walked into my office, his body was very badly wasted and the long hair had all fallen out as a result of chemotherapy. But his eyes were bright and his voice was firm, for the first time, I believe. “Tommy, I’ve thought about you so often; I hear you are sick,” I blurted out.

“Oh, yes, very sick. I have cancer in both lungs. It’s a matter of weeks.”

“Sure, what would you like to know?” he replied.

“What’s it like to be only twenty-four and dying?”

I began to look through my mental file cabinet under “S” where I had filed Tommy as strange. (It seems as though everybody I try to reject by classification, God sends back into my life to educate me.)

“But what I really came to see you about,” Tom said, “is something you said to me on the last day of class.” (He remembered!) He continued, “I asked you if you thought I would ever find God and you said, ‘No,’ which surprised me. Then you said, ‘But He will find you.’ I thought about that a lot, even though my search for God was hardly intense at that time. (My clever line. He thought about that a lot!)

“But when the doctors removed a lump from my groin and told me that it was malignant, that’s when I got serious about locating God. And when the malignancy spread into my vital organs, I really began banging bloody fists against the bronze doors of heaven. But God did not come out. In fact, nothing happened. Did you ever try anything for a long time with great effort and with no success? You get psychologically gutted, fed up with trying. And then you quit.

“Well, one day I woke up, and instead of throwing a few more futile appeals over that high brick wall to a God who may be or may not be there, I just quit. I decided that I didn’t really care about God, about an after life or anything like that. I decided to spend what time I had left doing something more profitable. I thought about you and your class and I remembered something else you had said: “The essential sadness is to go through life without loving. But it would be almost equally sad to go through life and leave this world without ever telling those you loved that you had loved them.”

“So, I began with the hardest one, my Dad. He was reading the newspaper when I approached him. “Dad.”

“Yes, what?” he asked without lowering the newspaper.

The newspaper came down three slow inches. “What is it?”

“Dad, I love you, I just wanted you to know that.”

Tom smiled at me and said it with obvious satisfaction, as though he felt a warm and secret joy flowing inside of him.

“The newspaper fluttered to the floor. Then my father did two things I could never remember him ever doing before. He cried and he hugged me. We talked all night, even though he had to go to work the next morning. It felt so good to be close to my father, to see his tears, to feel his hug, to hear him say that he loved me.

“It was easier with my mother and little brother. They cried with me, too, and we hugged each other, and started saying real nice things to each other. We shared the things we had been keeping secret for so many years.

“I was only sorry about one thing; that I had waited so long. Here I was, just beginning to open up to all the people I had actually been close to. Then, one day I turned around and God was there. He didn’t come to me when I pleaded with Him. I guess I was like an animal trainer holding out a hoop, ‘C’mon, jump through. C’mon, I’ll give you three days, three weeks.’

“Apparently God does things in His own way and at His own hour. But the important thing is that He was there. He found me! You were right. He found me even after I stopped looking for Him.”

“Tommy,” I practically gasped, “I think you are saying something very important and much more universal than you realise. To me, at least, you are saying that the surest way to find God is not to make Him a private possession, a problem solver, or an instant consolation in time of need, but rather by opening to love. You know, the Apostle John said that. He said: ‘God is love, and anyone who lives in love is living with God and God is living in him.’ Tom, could I ask you a favour? You know, when I had you in class you were a real pain. But (laughingly) you can make it all up to me now. Would you come into my present Theology of Faith course and tell them what you have just told me? If I told them the same thing it wouldn’t be half as effective as if you were to tell it.”

“Tom, think about it. If and when you are ready, give me a call.”

In a few days Tom called, said he was ready for the class; that he wanted to do that for God and for me. So we scheduled a date.However, he never made it. He had another appointment, far more important than the one with me and my class. Of course, his life was not really ended by his death, only changed. He made the great step from faith into vision. He found a life far more beautiful than the eye of man has ever seen or the ear of man has ever heard or the mind of man has ever imagined.

Before he died, we talked one last time.

“I’m not going to make it to your class,” he said.

So, to all of you who have been kind enough to read this simple story about God’s love, thank you for listening. And to you, Tommy, somewhere in the sunlit, verdant hills of heave, I told them, Tommy, as best I could.

This is a true story and is not enhanced for publicity purposes.