You are here: Home » Holy Humour 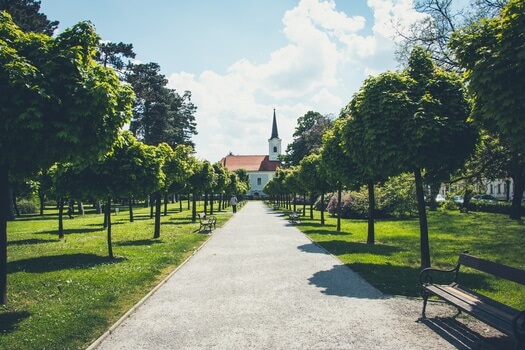 A minister parked his car in a no-parking zone in a large city because he was short of time and couldn’t find a space with a meter. Then he put a note under the windshield wiper that read: “I have circled the block 10 times. If I don’t park here, I’ll miss my appointment. FORGIVE US OUR TRESPASSES.”

When he returned, he found a citation from a police officer along with this note. “I’ve circled this block for 10 years. If I don’t give you a ticket, I’ll lose my job. LEAD US NOT INTO TEMPTATION.”

There is the story of a pastor who got up one Sunday and announced to his congregation,”I have good news and bad news. The good news is, we have enough money to pay for our new building program. The bad news is that it’s  still out there in your pockets.”

While driving in Pennsylvania, a family caught up to an Amish carriage. The owner of the carriage obviously had a sense of humour, because attached to the back of the carriage was a hand printed sign: “Energy efficient vehicle: Runs on oats and grass. Caution: Do not step in exhaust. ”

A Sunday school teacher began her lesson with a question.

“Boys and girls, what do we know about God?”

A hand shot up in the air. “He is an artist!” said the kindergarten boy.

“Really? How do you know?” the teacher asked.

You know – Our Father, who does art in Heaven.”

A minister waited in line to have his car filled with petrol just before a long holiday weekend. The attendant worked quickly, but there were many cars ahead of him in front of the service station.

Finally, the attendant motioned him toward a vacant pump.

“Reverend,” said the young man, “sorry about the delay. It seems as if everyone waits until the last minute to get ready for a long trip.”

The minister chuckled, “I know what you mean. It’s the same in my business.”

People want the front of the bus, the back of the church, and the centre of attention.

A father was approached by his small son who told him proudly, “I know what the Bible means!”

His father smiled and replied, “What do you mean, you know what the Bible means?”

Sunday after church a mum asked her very young daughter what the lesson was about.

The daughter answered, “Don’t be scared, you’ll get your quilt.”

Needless to say, the Mom was perplexed.

Later in the day, the pastor stopped by for tea and the mum asked him what that morning’s Sunday school lesson was about.

He said, “Be not afraid, thy comforter is coming.”

There was a very gracious lady who was mailing an old family Bible to her brother in another part of the country.

“Is there anything breakable in here?” asked the postal clerk.

“Only the ten commandments,” answered the lady.