You are here: Home » Just Italian 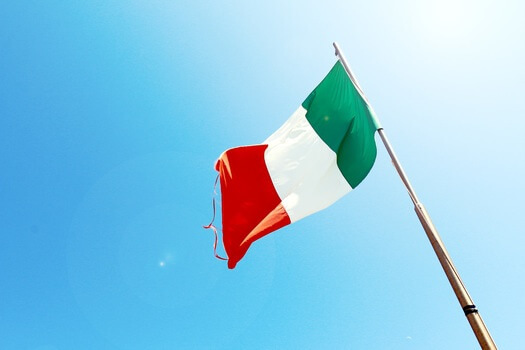 “Bless me Father, for I have sinned. I have been with a loose girl.”

The priest asks, “Is that you, little Joey Pagano?”

“And who was the girl you were with?”

“I can’t tell you, Father. I don’t want to ruin her reputation.”

“Well, Joey, I’m sure to find out her name sooner or later so you may as well tell me now. Was it Tina Minetti?”

”Was it Teresa Mazzarelli?”

”Was it Nina Capelli?”

“My lips are sealed.”

“Was it Rosa Di’Angelo, then?”

“Please, Father, I cannot tell you.”

The priest sighs in frustration. “You’re very tight lipped, and I admire that. But you’ve sinned and have to atone. You cannot be an altar boy now for four months. Now you go and behave yourself.”

Joey walks back to his pew, and his friend Franco slides over and whispers, “What’d you get?”

Maria had just gotten married, and being a traditional Italian she was still a virgin. On her wedding night, staying at her mother’s house, she was very nervous. Her mother reassured her, “Don’t worry, Maria, Tony’s a good man. Go upstairs and he’ll take care of you. Meanwhile, I’ll be making pasta.”

So, up she went. When she got upstairs, Tony took off his shirt and exposed his hairy chest. Maria ran downstairs to her mother and says, “Mama, Mama, Tony’s got a big hairy chest.”

So, up she went again. When she got there, Tony took off his socks and on his left foot he was missing three toes. When Maria saw this, she ran downstairs. “Mama, Mama, Tony’s got a foot and a half!”

Her Mama said, “Stay here and stir the pasta.”

A hooded armed robber bursts into the Bank of Italy and forces the tellers to load a sack full of cash. On his way out the door with the loot, one brave customer grabs the hood and pulls it off, revealing the robber’s face. The robber shoots the guy dead without hesitation! He then looks around the bank to see if anyone else has seen him.

He sees one of the tellers looking straight at him; the robber walks over and calmly shoots him dead. Everyone by now is very scared and looking down at the floor. “Dida anyone elsa see a my face?” calls the robber.

There follows a tense minute of silence.

Then an elderly Italian gentleman, looking down, tentatively raises his hand and says, “I tinka my wife caught a glimpse.”

An old Italian man lived alone in the country. He wanted to dig his tomato garden but it was very hard work as the ground was hard. His only son, Vincenzo, who used to help him, was in prison. The old man wrote a letter to his son and described his predicament.

I am feeling pretty bad because it looks like I won’t be able to plant my tomato garden this year. I am getting too old to be digging up a garden plot. If you were here, my troubles would be over. I know you would dig the garden for me.

A few days later he received a letter from his son.

Not for nothing, but please do not dig up that garden. That’s where I buried the bodies.

At 4am the next morning, FBI and local police arrived and dug up the entire area without finding any bodies. They apologized to the old man and left. The same day the old man received another letter from his son.

Go ahead and plant the tomatoes now. That’s the best I could do under the circumstances.

For two years a man was having an affair with an Italian woman. One night, she confided in him that she was pregnant. Not wanting to ruin his reputation, or his marriage, he paid her a large sum of money if she would go back to Italy to secretly have the child. If she stayed in Italy to raise the child, he would also provide child support until the child turned 18. She agreed, but asked how he would know when the baby was born. To keep it discrete, he told her to simply mail him a post card, and write ‘Spaghetti’ on the back. He would then arrange for the child support payments to begin.

One day, about nine months later, he came home to his confused wife. “Honey!” she said, “you received a very strange post card today.”

“Oh, just give it to me and I’ll explain it later,” he said. The wife obeyed and watched as her husband read the card, turned white, and fainted.

The Italian Secret to a Long Marriage

At St. Peter’s Catholic Church in Adelaide, they have weekly husbands’ marriage seminars. At the session last week, the priest asked Giuseppe, who said he was approaching his 50th wedding anniversary, to take a few minutes and share some insight into how he had managed to stay married to the same woman all these years.

Giuseppe replied to the assembled husbands, “Wella, I’va tried to treat her nicea, spenda da money on her, but besta of all is, I tooka her to Italy for the 25th anniversary!”

The priest responded, “Giuseppe, you are an amazing inspiration to all the husbands here! Please tell us what you are planning for your wife for your 50th anniversary?”

Giuseppe proudly replied, “I gonna go pick her up.”