You are here: Home » Lady Laments 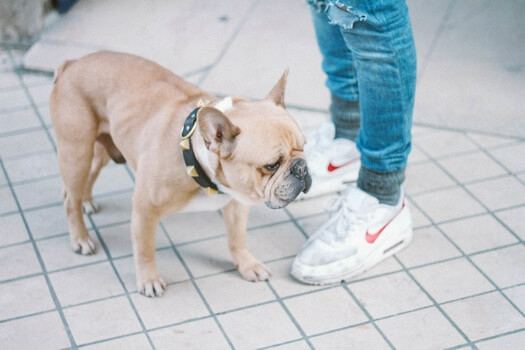 Home Page Search Poetic Expressions Tell a Friend about Poetic Expressions Contact Poetic Expressions
There was a time, there really was,
When I was sweet and tender;
When ‘Show Dog’ meant a Disney Star,
and ‘bitch’ was not a gender.I went to bed at half past ten;
I went to Church on Sunday;
On Saturday I baked the cakes
And did the wash on Monday.But then I got a certain pup,
And an erstwhile friend said, “SHOW”,
And so I did and so I do,
OH! What I didn’t know.

I used to dress with flair and style,
That was the life, don’t knock it.
But now each dress from bed to ball
Must have a good bait pocket.

I used to have a certain air,
I wallowed in nice perfume,
I used to smell of Nuit D’ Amour,
Now I smell like Mr. Groom.

My furniture was haut decor,
My pets a tank of guppies.
Now I’ve furniture unstuffed,
And well-adjusted puppies.

Once I spoke in pristine prose,
In dulcet tones and frail,
But now I’m using language,
That would turn a sailor pale.

I was taught to be well-groomed
No matter where I went.
Now all the grooming that I do
Is in the Handler’s tent.

I used to long for furs and jewels
And a figure classed as super,
Now the thing I yearn for most
Is a nice new pooper-scooper.

I adored a man who murmured verse
Through intimate little dinners,
But now the words I thrill to hear,
Are just three – “Best of Winners”

I rise at dawn and pack the car
The road ahead’s a long one.
The one I routed on the maps
Invariably’s the wrong one.

I really love this doggy life
I wouldn’t care to change it.
But when I get that ‘Best in Show’.
I plan to rearrange it;

When my time on earth is done
I’ll go without much nudging
Just give me three weeks closing date
and let me know who’s judging.