You are here: Home » POEMS » Marriage in Heaven 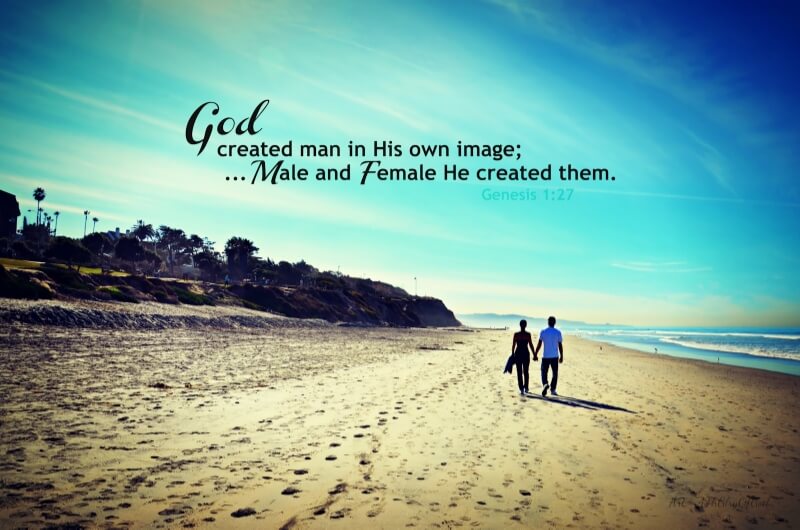 A young couple were driving down the road one day, happily, deliriously in love and due to be married the next day. Suddenly, a large truck swerved from the oncoming lanes into their car! BOOM! And they both died.

At the Pearly Gates, the young couple confronted St. Peter. “Sir, you have to help us! We were to be married tomorrow. Is there any way we can be married in Heaven?”

“Hmmm”, replied St. Peter, “I don’t recall there ever being a marriage in Heaven. Well, let’s take it up with God and see what he says.”

So they approached God with their plea. God sat for a moment, pondering the request. Then he looked down and said, “Come back in five years and ask me again.”

Five years later, the couple approached God again, even more in love than ever and pleading that he allow their marriage. God paused for quite a while, musing over their request. Then he spoke, “Come back in five years and ask me again.”

And once again, five years later, the couple was again in the presence of God, more in love than ever and begging God’s permission for the third time to marry. This time God smiled broadly and thundered, “Yes my children, you may marry!”

Well, the wedding went off beautifully, the reception was huge, everyone thought the bride was simply breathtaking and the groom was so handsome, and everyone was happy.

Two years later, the couple were back before God, and things were not looking so good. The couple had come to the realization almost immediately that although marriages were made in heaven, they didn’t last very long there! And, in spite of their struggles to come to terms with the situation, they had decided there simply was no alternative but to get a divorce.

Black clouds fractured by lightening rolled across the sky, and the ground shook with explosive thunder. God glared down at the tiny couple before him, his face becoming dark and angry, and he roared, “Divorce?  Impossible!!!

Heaven is for good people! It took us TEN years just to find a priest in Heaven! Do you have any idea how long it will take to find a LAWYER?”