You are here: Home » Thomas Jefferson (2) 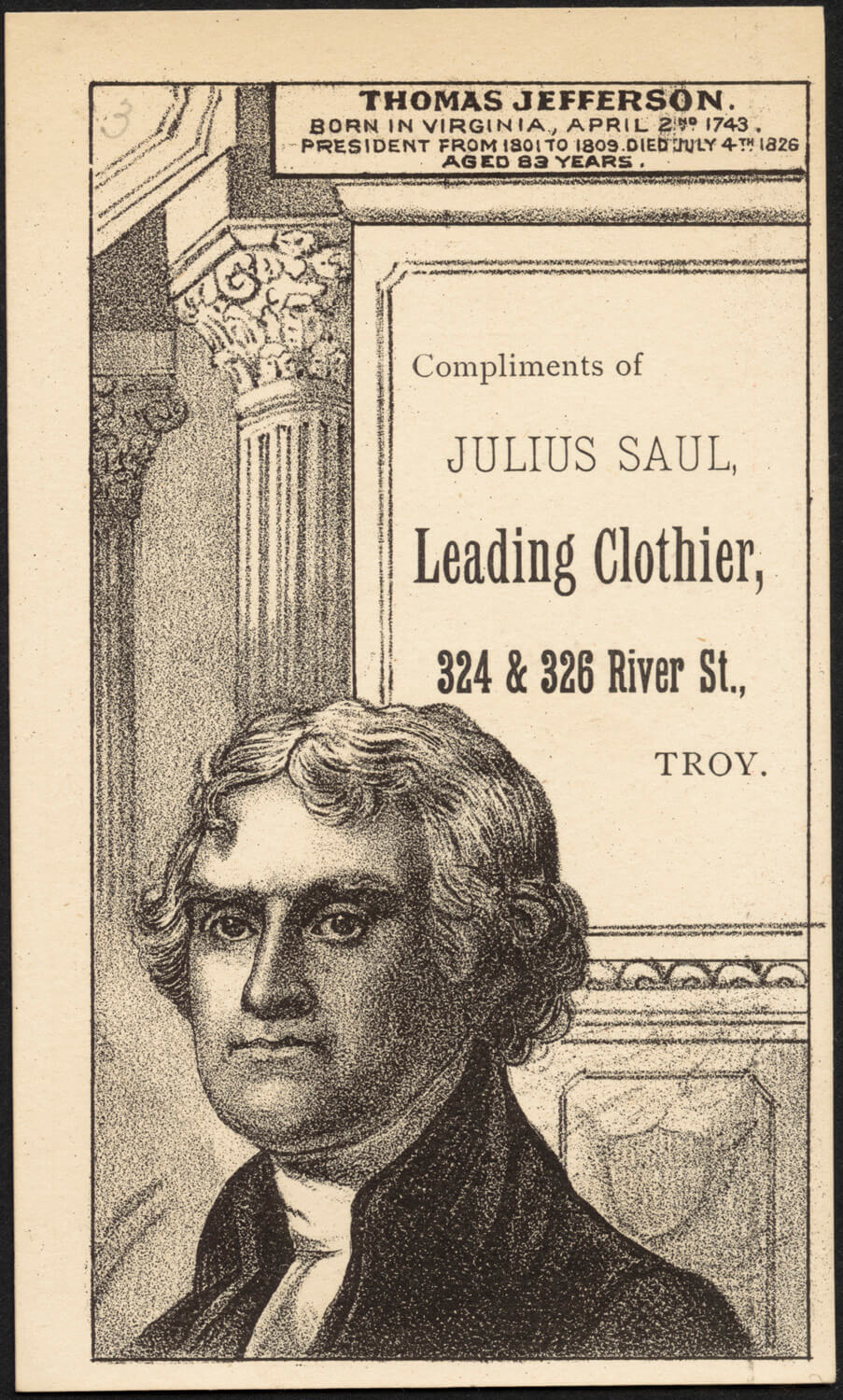 At 9, studied Latin, Greek and French.

At 16, entered the College of William and Mary.

At 19, studied Law for 5 years starting under George Wythe.

At 23, started his own law practice.

At 25, was elected to the Virginia House of Burgesses.

At 31, wrote the widely circulate “Summary View of the Rights Of British America” and
retired from his law practice.

At 32, was a Delegate to the Second Continental Congress.

At 33, wrote the Declaration of Independence.

At 33, took three years to revise Virginia ‘s legal code and  wrote a Public Education bill
and a statute for Religious Freedom.

At 36, was elected the second Governor of Virginia succeeding Patrick Henry.

At 40, served in Congress for two years.

At 41, was the American minister to France and negotiated Commercial treaties with European nations along with Ben Franklin and John Adams.

At 46, served as the first Secretary of State under George Washington.

At 53, served as Vice President and was elected president of The American Philosophical Society.

At 55, drafted the Kentucky Resolutions and became the active Head of  the Republican Party.

At 57, was elected the third president of the United States .

At 60, obtained the Louisiana Purchase doubling the nation’s Size.

At 61, was elected to a second term  as President.

At 65, retired to Monticello .

At 81, almost single-handedly created the University of Virginia and served as its first president.

At 83, died on the 50th anniversary of the signing of the Declaration of Independence

along with John Adams

Thomas Jefferson knew because he-himself studied the previous failed Attempts at government. He understood actual history, the nature of God, His laws and the nature of man. That happens to be way more than what  most understand today. Jefferson really knew his stuff. A voice from the past to lead us in the future:

John F. Kennedy held a dinner in the White House for a group of the brightest minds in the nation at that time. He made this statement: “This is perhaps the assembly of the most intelligence ever to gather at one time in The White House with the exception of when Thomas Jefferson dined alone.”

“When we get piled upon one another in large cities, as in Europe, we shall become as corrupt as Europe.”
Thomas Jefferson

“The democracy will cease to exist when you take away from those who are willing to work and give to those who would not.”
Thomas Jefferson

“It is incumbent on every generation to pay its own debts as it goes. A principle which if acted on would save one-half the wars of the world.”
Thomas Jefferson

“I predict future happiness for Americans if they can prevent the Government from wasting the labors of the people under the pretense of taking care of them.”
Thomas Jefferson

“My reading of history convinces me that most bad government results from too much government.”
Thomas Jefferson

“No free man shall ever be debarred the use of arms.”
Thomas Jefferson

“The strongest reason for the people to retain the right to keep and bear arms is, as a last resort, to protect themselves against tyranny in Government.”
Thomas Jefferson

“The tree of liberty must be refreshed from time to time with the blood of patriots and tyrants.”
Thomas Jefferson

“To compel a man to subsidize with his taxes the propagation of ideas which he disbelieves and abhors is sinful and tyrannical.”
Thomas Jefferson

“I believe that banking institutions are more dangerous to our liberties than standing armies. If the American people ever allow private banks to control the issue of their currency, first by inflation, then by deflation,  the banks and corporations that will grow up around the banks will deprive the people of all property – until their children wake-up homeless on the continent their fathers conquered.”

When John Adams died his last words were “at least Jefferson lives” not knowing that Thomas Jefferson had died earlier that very day.