You are here: Home » Useful Footers 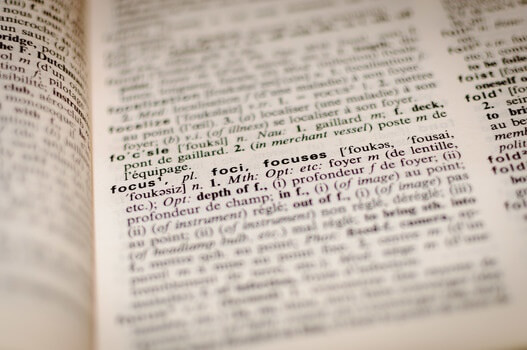 Not everything that is faced can be changed,

but nothing can be changed until it is faced.

it is time to start watering your own.

Success and happiness are journeys, not destinations.

Life does not require that we are the biggest, or the greatest,

just that we try.

We cannot direct the wind, but we can adjust the sails.

No matter what happened there is always somebody who knew it would.

In any race to be better or to be the best we must not forget to enjoy just being.

Fail to prepare and prepare to fail.

Use your stumbling blocks as stepping stones.

Home of the certainty that nobody does it worse than government.

“I have no nest eggs. I have to rob somebody’s hen roost next year. I am on the lookout for which will be the easiest to get, where I shall be least punished, and where I shall get the most eggs.”

Nothing great was ever achieved without enthusiasm.

That day is lost on which one has not laughed.

Smart is believing only half of what you hear. Brilliant is when you know which half to believe.

There is always room for improvement.

The world is full of willing people, some willing to work and others willing to let them.

Remember that yesterday is deader than the DoDo.

Opportunities should never be lost because they cannot always be regained.

As often as a study is cultivated by narrow minds they will draw from it narrow conclusions.

One life to live – no time to waste

Quality is like buying oats.  If you want nice, fresh, clean oats, you must pay a fair price.  However, if you can be satisfied with oats that have already been through the horse …that comes a little cheaper!

“It is unwise to pay too much, but it is worse to pay too little.   When you pay too much, you lose a little money…that is all.  When you pay too little you sometimes lose everything, because the thing that you bought was incapable of doing the things it was bought to do.  The common law of business balance prohibits paying a little and getting a lot… it cannot be done.  If you deal with the lowest bidder, it is well to add something for the risk that you run.  And if you do that you will have enough to pay for the something better”

A smile costs nothing, but gives a lot.  It enriches those who receive it without making poorer those who give it.  A smile takes only a moment, but the memory of it can last forever.

If Government is the answer the question is a strange one.

No one is so rich, or so mighty, that they can get a long without a smile.  And no one is so poor that they cannot be made richer by a smile. A smile creates happiness in the home, fosters goodwill in business, and is the counter sign of friendship.

A smile brings rest to the weary, cheer to the discouraged, sunshine to the sad and is nature’s best cure for trouble…yet it cannot be bought, begged, borrowed, or stolen for it is of no value to anyone until it is given away.  Some people are too tired to give a smile so give them one of yours as no one needs a smile so much as he who has no more of his own to give.

He started to grin as he tackled the thing which could not be done, and he did it.

STRESS = the confusion created when one’s mind overrides the body’s basic desire to choke the living —- out of some idiot who desperately deserves it.

“Don’t look back, somebody may be gaining on you.”

“Neither to change, nor falter, nor repent,

In shocking the stodgy establishment”

“I’m not interested in chipping away at tiny pieces of regulation. I want to change cultures, knock down walls and turn machines off for good”

“Rules and conditions would embrace and shackle the progress of improvement tomorrow, by recording and registering as law the prejudices or errors of today”

If we think of social life as an extraordinary chain of complex adjustments, each action fanning out in innumerable directions, bumping into others unforeseen, causing consequences described as sixth and seventh and umpteenth order effects, all the while adjusting to the latest development, it is not surprising that no one is fully in touch with what is happening – Aaron Wildavsky

Then they belittle it.

Then they say they knew it all along.

“Government is not the solution to the problem,

government is the problem” – President Reagan

There is hardly anything in the world that some person cannot make a little worse and sell a little cheaper, and people who consider price only are this person’s lawful prey.

The humblest citizen of all the land, when clad in the armour of a righteous cause, is stronger than all the hosts of error.

Among all the freedom goals, the goal of maximising everyone’s freedom from coercion should take first priority. C Bury

The hottest places in hell are reserved for those who in a period of moral crisis maintain their neutrality.

We need to be more aware than we are that freedom has no built-in preservatives of its own.

Those who would give essential liberty to purchase a little temporary safety deserve neither liberty nor safety.

Pay any price, bear any burden, meet any hardship, support any friend or oppose any foe, to assure the survival and success of liberty.

The ballot is stronger than the bullet.

If only people would realise that if a sizeable amount of people did a little, a few wouldn’t have to bear the brunt of the battle for freedom.

What we do not decide for ourself will be inevitably decided for us by others.  Freedom means not to have this happen.

If any ask me what a free government is, I answer, that for any practical purpose, it is what the people think so.

When the State itself is in danger, our cherished freedom may have to take second place and even natural justice itself may have to suffer a setback.

It is getting harder and harder to support the Government in the style to which it has become accustomed.

Governments are instituted among men, deriving their powers from the consent of the governed.

The State should do for people what needs to be done, but which they cannot by individual effort, do at all or do as well for themselves.

Unless people wake up freedom will be on the retreat before the remorseless advance of the corporate state and the sprawl of bureaucracy.

The creative forces of freedom lie in the people themselves – in their determination, their effort, their hopefulness, their thrift, their readiness to venture and to change.

And now that the legislators and do gooders have so futilely inflicted so many systems on society, may they finally end where they should have begun.

May they reject all systems and try liberty, for liberty is an acknowledgement of faith in God and his works.

Inside civilised society politicians are a major problem.  In courting popularity for self advancement politicians almost invariably break the rules of contract by offering what they do not own at a price which does not reflect the real opportunity cost of the resources.

ONE LIFE TO LIVE

No matter what happens there is always somebody who knew it would.

The battles with communism are yesterday’s battles: today’s enemy is bureaucracy, and the people are losing the struggle.  Our main task is to fight all kinds of regulation.

The government has to put a brake on the increase in bureaucracy threatening business freedom.

There is not enough darkness in the whole world to put out the light of one small candle.

Of all the things that I have lost I miss my mind the most.

Learned institutions ought to be favourite objects with every free people.  They throw light over the public mind which is the best security against crafty and dangerous encroachments on the public liberty.

I sit on a man’s back, choking him and making him carry me, and yet assure myself and others that I am very sorry for him and wish to ease his lot by all possible means, except by getting off his back.

The certainty of misery is better than the misery of uncertainty.

There are two kinds of people, those who finish what they start and so on…

Somebody has to do something

and it is just incredibly pathetic that it has to be us.

You go to a party and you buy a little greeting card which plays ‘Happy Birthday’.  After the party the card is discarded and more computer power is tossed into that bin than existed in the entire world before 1950.

Today there are well over 20 million!

For what avail the plough or sail, or land or life, if freedom fail?

It’s a question of whether we’re going to go forward into the future, or past to the back.

Any person who dares to waste one hour of his time has not understood the meaning of life.

Times change and we with them.

There is nothing permanent except change.

Preserve the old, but know the new.

Great things are done more through courage than wisdom.

He that nothing questions nothing learns.

No man is born wise, or learned.

Nothing seek, nothing find.

Everything must have a beginning.

Every man has equal chance of becoming greater than he is.

It is the biggest mistake in the world to think that you are working for somebody else.

If you are not part of the solution

you may be part of the problem.

You can put your boots in the oven,

but that don’t make them biscuits.

The perception of a problem is always relative.

Your headache feels terrific to the chemist.

To make a success of it you have to start young.

We take freedom and good health for granted only noticing when they are lost.

In politics what begins with fear usually ends with folly.

Stress is the confusion created when one’s mind overrides one’s body’s basic desire to shake the living daylight out of some idiot who desperately deserves it.

When bad men combine, the good must associate;  else they will fall, one by one, an un-pitied sacrifice in a contemptible struggle.

Find time to smell the daisies before you push them up.

Communism is the poison, Socialism the cup, and Europe

the tempting name on the bottle.

If it moves tax it.

If it continues to move regulate it.

Should it stop moving subsidise it.

The best barmaids are those with a chest

To err is human, but if feels devine.

Kindly to others troubles.

Courageous with one’s own.

Every day’s a bonus.

God give us the grace to accept with serenity

The things that cannot be changed

The courage to change things that should be changed

And the wisdom to distinguish the one from the other.

Tears are meant to be used.

Give advice only when it is asked for or in life threatening circumstances.

So much to do and so little time to do it.

Fear knocked at the door.

and no-one was there.

Who turneth the water into wine

Who can only turn it back again.

important and sometimes more difficult than getting on.

If not here, where?

If not now, when?